If you don’t know already, it’s a monthly subscription box full of RPG goodies including dice, terrain, adventures, apparel and other pieces us gamers really dig. It’s like Loot Crate for D&D nerds.

Altogether, the contents of the box retail for about $45, so you’re getting a great deal. We’ll definitly use all of the included pieces in this month’s crate.

We picked up this month’s box, and we immediately ripped it open to check out all the loot. Let’s take a look at each piece.

“Creaking in the Dark” Adventure 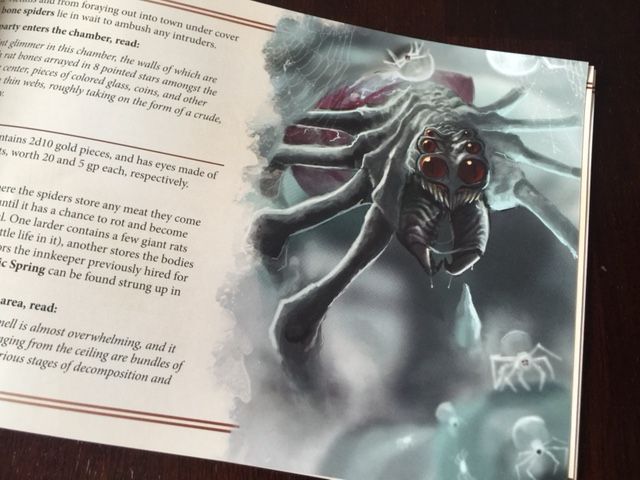 Made by Nord Games, this is a 25-page mini adventure that’s perfect for low-level adventures or a one-off adventure. There’s also a full-size color map and NPC stats on Nord Games’ website. The adventure is also compatible with various RPGs, so you’re set no matter what game or edition you play.

My  box contained a couple standard d10s from Chessex. Not a reason to subscribe to the box, exactly, but it is a nice addition. You can never have too many dice! 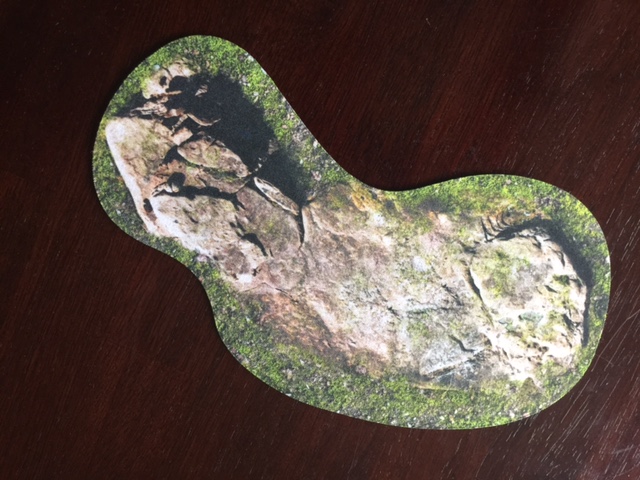 I love these little mats from Broken Egg Games. They’re made of mousepad-like material and they depict rocks, pools, trees and other terrain. They’re great to use when throwing together a last-minute RPG map or to alter existing ones. You can also use them for wargames. Very convenient.

A penny from the Iron Islands in “Game of Thrones,” this coin depicts Balon Greyjoy (Theon’s father) on one side and House Greyjoy’s Kraken and the phrase “We do not sow” on the other. It’s from Shire Post Mint, and it’s a pretty awesome piece for Game of Thrones fans. 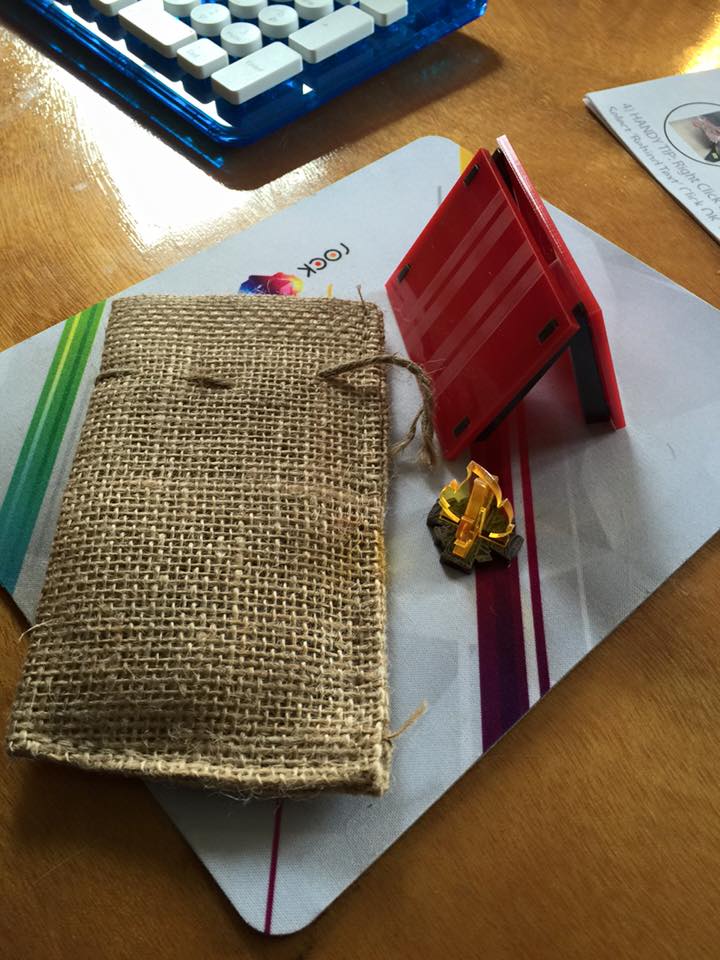 This acrylic tent and fire piece from Advanced Deployment is great. In my adventures, we’re always at camp, a tavern or in a wagon, so pieces representing those always get used.

This is actually an old product (released in 2009 for D&D’s 4th edition), but it’s still really useful. In short, it’s a deck of cards that DMs can use to add flavor and excitement to an adventure. Cards include NPCs, atmosphere, random encounters and even dungeon maps.