Lead a team of ninjas competing in the Moonlight Tournament. Win challenges by defeating your enemies and gain the favor of the Moon Princess.

Pledge $100 for the game and you get a host of minis, tokens and everything else you need for the game. And there’s a ton of extras – 17 extra minis and some cards to put your ninjas in Super Dungeon Explore – for Kickstarter backers.

It made me wonder what’s in the actual game box when I go buy this at the store? I’m guessing it’s the first pledge level minus the extra clan boxes.

Additional clans above and beyond your pledge are $30 each and other minis can be added for $10-$15 each. Getting the complete game (all of the ninja teams and all of the clans) will run you $220 plus shipping. 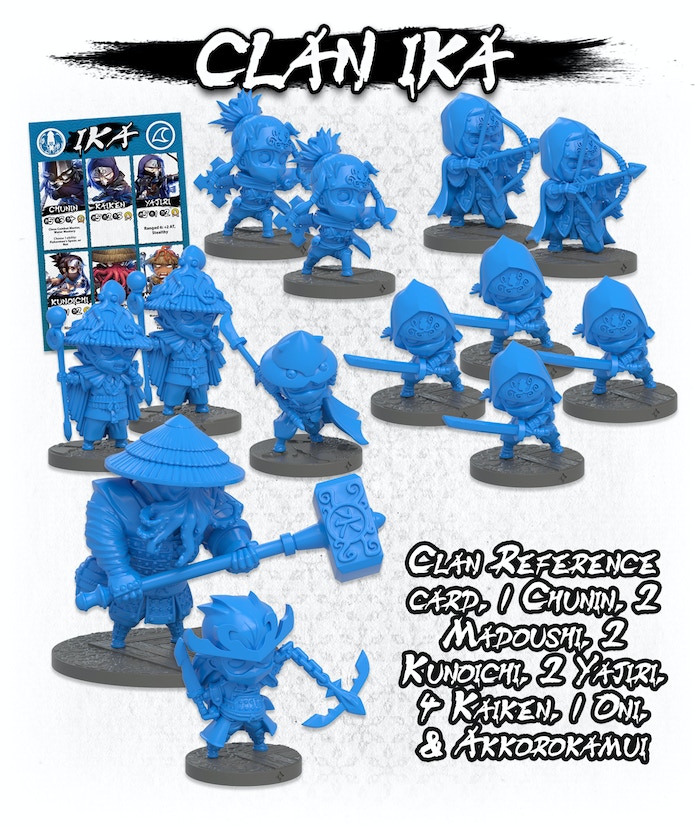 None of the models are Kickstarter exclusive, but it backers will get this game at a really great price. (Super Dungeon Explore and games like it retail for about $100, so this is a good deal.) I personally like that there’s no exclusives. It sucks when you can’t get a game piece you really want just because you were late to the party.)

Anyway, the game has raised more than $300,000 so far and will likely pull in a lot more by the time the Kickstarter closes Monday.

Check out the project here.